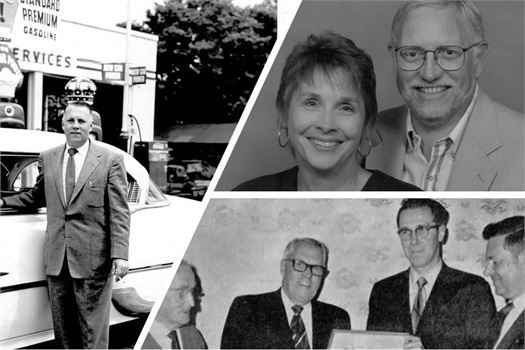 The Reno Agency is a locally owned “independent agency” that dates back to 1919. Mr. Louis P. Reno owned the Reno Agency in Wayland until, the 1940’s when his son, Philip, purchased the agency.  "Reno Drive" in Wayland near the commercial district by US 131, is named for Phil Reno.

In 1971, Philip’s son, Dennis, bought the agency and he and his wife Mary ran the agency until Denny’s tragic passing in 1996. In 1999, Mary Reno then sold the agency to private investors who brought in Mike Salisbury, as the agency manager.

In 2004, Mike and his business partner, Don Beemer, joined forces and purchased the Reno Agency, along with the Paul C Johnson Agency. In 2006 Mike Salisbury became the sole stockholder. The agency maintains its office in downtown Wayland, Michigan.